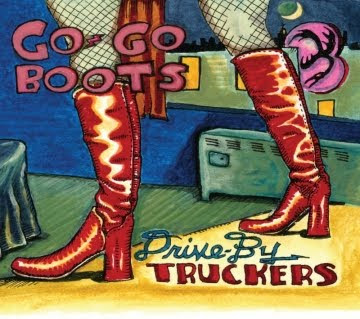 DRIVE-BY TRUCKERS: Go-Go Boots, February 15, 2011 on ATO Records.
DBT will also be releasing their documentary The Secret to a Happy Ending on DVD
[mp3] Drive-By Truckers: "Used to be A Cop"

“We recorded nearly 40 songs last year and into this year and fairly early on divided it into two separate albums” explains DBT co-founder Patterson Hood. “The Big To-Do, released first, was the more straight forward "Rock" album. Go-Go Boots is what I sometimes (semi-jokingly) refer to as our country, soul, and murder ballad album. Those elements definitely play into it, but it's a little more open ended than that.”

Dictated but not read by StarkNY at 11:21 PM