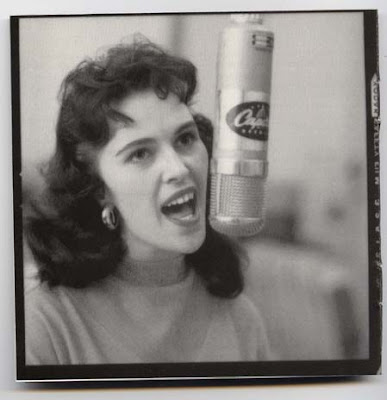 We've been waiting forever for this one to surface after the long rumored sessions. Looks like we'll have to wait even longer. From the PR

Tonight, Jackson was honored with a Lifetime Achievement Award at the 2010 Americana Music Awards in Nashville. The award – in the category of Performance – was presented to her by Jack White... The Party Ain’t Over was recorded in Nashville at White’s studio, where he brought together a formidable band, including himself, Jack Lawrence (The Dead Weather/Raconteurs), Carl Broemel (My Morning Jacket), Patrick Keeler (Raconteurs), Ashley Monroe, Jackson Smith and Karen Elson, to name a few, and hand picked the songs – 11 tracks dating in origin from the early 1900’s to 2007. The result: a retro modern collection of music that showcases Wanda, now in her seventh decade and sounding as wickedly charismatic as ever. Tracklist after the jump.

Dictated but not read by StarkNY at 7:34 AM