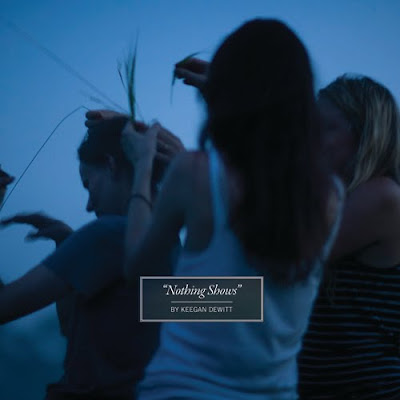 [mp3] Keegan DeWitt: "Say La La"
Staying on the Daytrotter theme, acclaimed film score composer Keegan DeWitt is set to release his new EP Nothing Shows July 13th exclusively through Daytrotter's Record Barn. This will be Daytrotter's first release, and will be available digitally through his site and physically at shows. The EP is mix of well-crafted, introspective, singer-songwriter material interspersed with upbeat, summery, tropical-beat driven songs (see mp3 above), which, to us, stand out far more than the quieter tracks. DeWitt currently resides in Nashville but is originally from Portland. It will be interesting to watch the two sides of this artist battle it out over the coming year.
Dictated but not read by StarkNY at 9:13 AM

Dig the tune "Say La La". Nice to hear some upbeat music one of my favorites so far this week