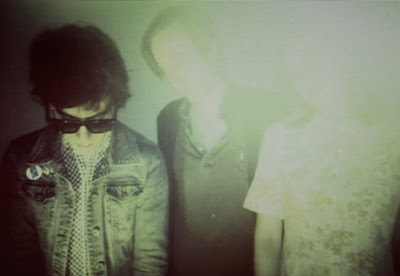 We haven't gotten a chance to dig into this one fully yet, but the Burnt Ones' album, Black Teeth & Golden Tongues (8/10, Roaring Colonel) is described tantalizingly in the PR as:

fuzzed out rock 'n' roll built on hazy melodies and sleazed-out electric rhythm. Their sound recalls Brian Wilson at his most Phil Spector obsessed, the warped pop ears of Joe Meek, sleazy T. Rex stomp and a little Spacemen 3 thrown in for good measure, while staying within throwing distance of like-minded groups such as Thee Oh Sees, Dum Dum Girls and Ty Segall.

Tour dates after the jump.

Dictated but not read by StarkNY at 8:40 PM

Email ThisBlogThis!Share to TwitterShare to FacebookShare to Pinterest
Labels: Burnt Ones, My Old Kentucky Blog