The Futurebirds Did Mercury...We Enjoyed. 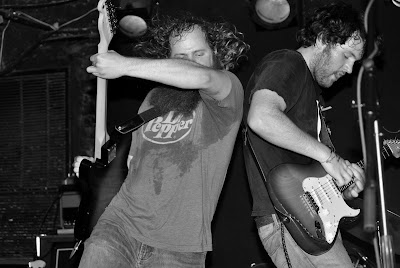 [mp3] Futurebirds: "Johnny Utah"
Photos by Karp
We could start this review a few different ways: talking about the southern, sorority sister-laden crowd; the eclectic band image; or the powerful, rustic, American rock and roll that is the Stark Band to Watch, Futurebirds' live show. Either way, you wouldn't be disappointed. These Georgia-natives carry a humbled, rocker-mystique, which is evident only in a face-to-face meeting. On stage, it is a pure tour de force, with raucous instrumental romps, ambitious vocal pursuits and vamped-up everything, including the songs from their upcoming LP Hampton's Lullaby (7/13 Autumn Tone). For such a large band, upwards to six pieces, the Futurebirds keep it tight and keep it real...no bullshit here. 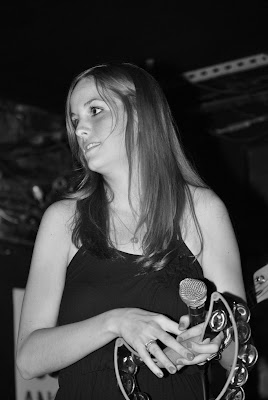 We situated ourselves front-row center to get the full dosage, rubbing elbows with your atypical Mercury Lounge crowd. These Georgians brought on stage a blond haired, Greek-inspired-ballet flat-wearing backing vocalist midway through the show. Stereotypes abound, she looked like a sorority sister, and our questions were soon answered as her 'sisters' were to our left and right. Some of us were more than happy leaning in to the crowded bar for a slap-in-the-face $4 PBR, smelling perfume with blond locks in our face, rather than BO and, no hair? Anyway, you get the point.

While the debutante crowd was an initial distraction, we came away from the show remembering the meaty tunes, thick guitar attack, and sweaty chaos The Futurebirds brought to every song. There was this charming early 90s college-rock sound and image to the group that left us walking away from the Mercury that night with images of fresh faced Tweedys and Farrars battling it out in our brain against short black dress-wearing blond girls. Who eventually won that battle? We'll never tell. See the rest of Karp's photos after the jump. 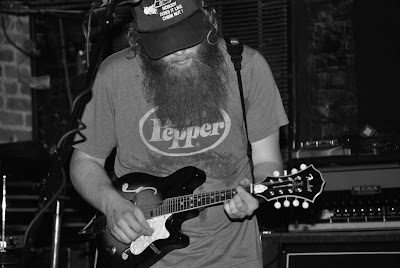 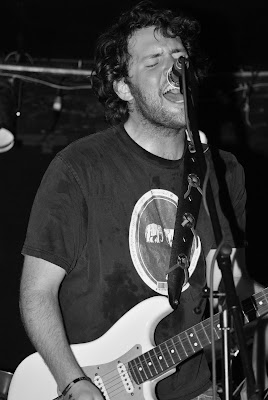 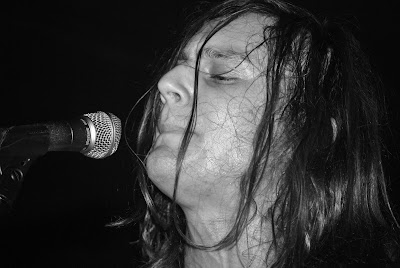 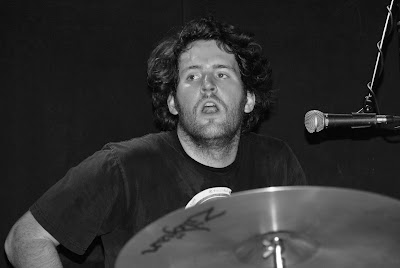 Dictated but not read by thestarkonline at 8:38 AM