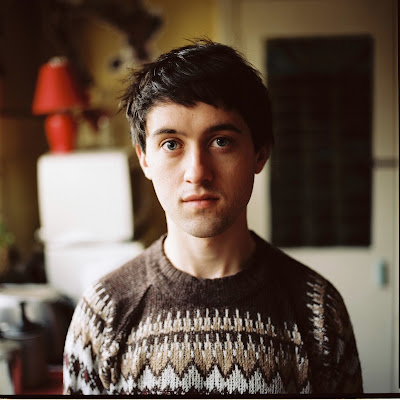 [mp3] Villagers: "Becoming a Jackal"
The press buzz has been slowly building around Conor O'Brien, the driving force and usually the only member of Villagers. Growing up in a suburb of Dublin, O'Brien has been honing his craft since age 12, and is finally ready unleash his debut album Becoming A Jackal June 8th via Domino. Yet, first comes the release of a 7" Tuesday, May 11th. O'Brien treads on familiar territory with his acoustic guitar driven songs and accent tinged vocals. There are clear signs of talent here, and our appetites have been sufficiently whet with this first track. We're not that cheap a date though. It will take a few more tunes and probably a live performance to count us as true fans, but Villagers are clearly a band/artist to keep on your radar in the coming weeks as they head to the states for a string of dates including Union Hall and Joe's Pub. More to come for sure. See tour dates, and the video for "Becoming a Jackal" after the jump.

Dictated but not read by StarkNY at 10:54 PM