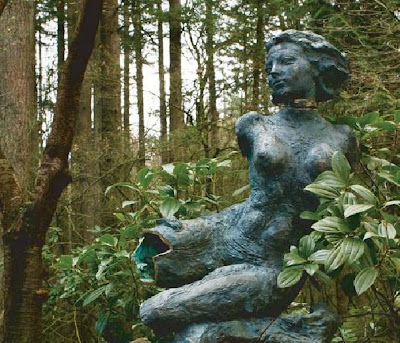 It feels like we've been waiting forever for new music from Menomena, a group that crashed the indie party with their fantastic album Friend and Foe in early 2007. In a world where new content reigns supreme, a lay-off of three years can often spell doom for a band. It's a testament to their quality that folks are still clamoring for new material after that long a break. Yesterday, we got news of their new LP mines, due July 27th via Barsuk in the US. Their first track is above. In the interest of helping the band capture emails, and out of fear of the infamous 'delete blog' blogger feature - we've embedded their mp3 topspin widget below (ew). Yes, that is the cover art, and as p4k noted: "It's actually a stereogram, a 3D optical illusion (kind of a simple version of those magic eye things)."
Dictated but not read by StarkNY at 2:26 PM