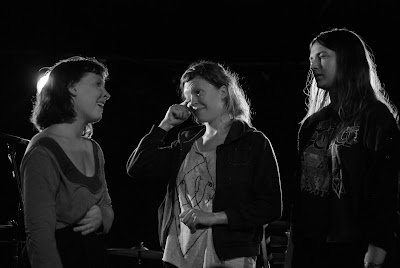 It's not often I'll write reviews in the first person, but I feel that Jon Pareles will forgive me this one indiscretion today. Hopefully.

I'm writing this way, as my experience at Mountain Man last week was a personal one. There are many types of concert going experiences. Singing along to U2 or Bruce Springsteen in High School with thousands of other people, or watching that one electrifying performance in small club full of people, you feel like you're part of something larger, something bigger than just yourself. Yet, watching the three women from Mountain Man sing (mostly a capella) their way through the songs on their upcoming record Made The Harbor, I felt I was alone in a room somewhere (certainly not the Mercury Lounge) watching something timeless being created right in front of me. 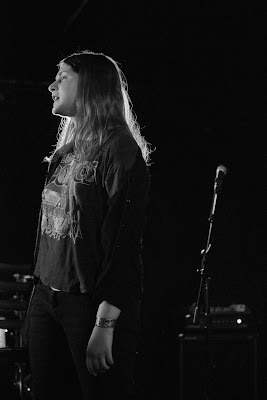 It wasn't an amazing display of musical prowess on stage. While they sound wonderful together, I've heard more spectacular singing voices, and the guitar playing... well. I make this point only to highlight the specialness of the three women's charisma on stage, and the power of the songs that they manage to create together. From an old German field recording to a Psalm, to original material written about the age-less topic of sexual frustration, Mountain Man give the listener the feeling that they are looking in on some ancient Alan Lomax recording session, or a private rehearsal of sorts. It's almost a feeling of intrusion -- that you're somehow watching something intimate and personal -- a tender moment shared only between these three women, and you and only you, are lucky enough to have stumbled upon these songs and voices in some sort of otherworldly realm. All the sudden, the house music comes on, and the lights go up, and you realize much to your disappointment, that it wasn't a sort of lovely dream, but a real event, at the Mercury Lounge, and you have other shows to go to, and work tomorrow; but for that 40 minutes it was just you and Mountain Man, those timeless harmonies, and a deep feeling of satisfaction.

See more of Karp's photos after the jump. Check out another great review from Microphone Memory Emotion, who it's always a pleasure to catch a show with. Mountain Man are back in New York at The Knitting Factory June 9 and The Living Room June 10. 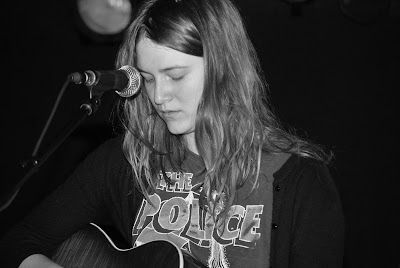 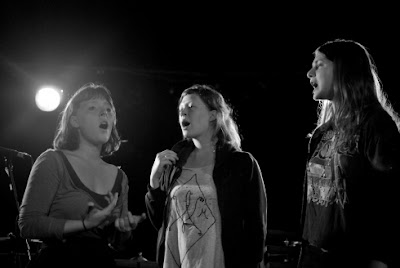 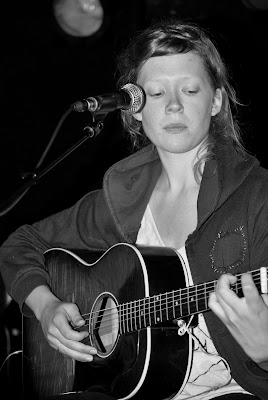 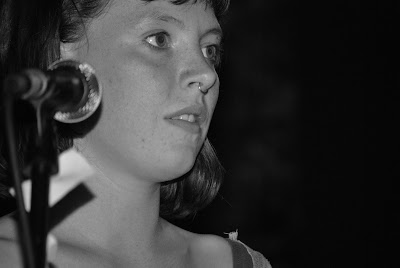 Dictated but not read by StarkNY at 8:21 AM

Email ThisBlogThis!Share to TwitterShare to FacebookShare to Pinterest
Labels: Made the Harbor, Mercury Lounge, mountain man