Recordings of the Middle East 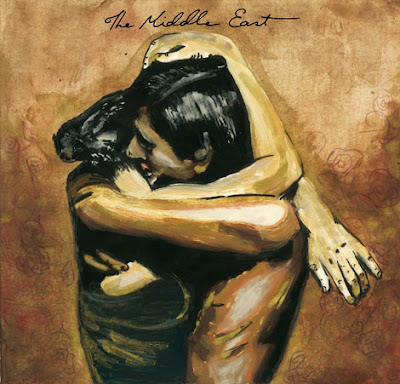 Australian bands burn fast and bright. Let's hope The Middle East stick around for awhile. Their EP Recordings of The Middle East has been around since 2008, and we were first introduced to it by a friend almost a year ago. It's a haunting little gem of a record that exists in a realm somewhere between The Fleet Foxes and Bon Iver and even channels Arcade Fire-style vocal harmonies at times. The EP has found new life in 2010 and comes with fresh (and more compelling) cover art. Here's to hoping this band can gain enough traction in the US to warrant some more touring, and the eventual release of a full record. They've opened for the like-minded Grizzly Bear and Cat Power in Australia and will be playing Coachella in the states. The video for their most compelling track "Blood" is after the jump.

Dictated but not read by StarkNY at 12:04 PM

Thanks for the tunes. I like their new EP quite a bit.