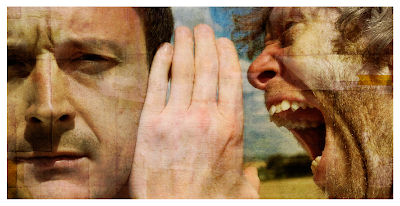 [mp3] Malachai: "Fading World"
We're not British, but we know a lot of British people. We've dated them, played music with them, lived with them, and well, have done pretty much everything with them at one point. We're privy to the North v. South battles, the polite disdain they harbour towards Australia and Ireland, and how much they all fucking love Kings of Leon for some reason.

Yet, we can't claim to be experts on the sound that Malachai channel on their new LP Ugly Side of Love (out now on Domino). We do know though, that we love it. Even without trolling the club scene of Bristol, it's clear Malachai embody a distinctly British sound. We're not talking about Laura Marling here either. This is a dark, gritty, soulful affair, that draws from a background in dubstep and a passion for vintage hip hop and funk rhythms. Malachai are a behind the scenes DJ duo, with the moral support and guidance of a very important player, Portishead mastermind Geoff Barrow. From the soul-pop gem "Another Sun" to the Kinks sampled "How Long" to the underground club expanses of "Blackbird" Ugly Side of Love is a disparate and satisfying winner of a party record, held together by its single unifying factor - a distinct and undeniable passion for the long linage of uniquely British music.
Photo credit: Marc Bessant
Dictated but not read by StarkNY at 2:32 PM