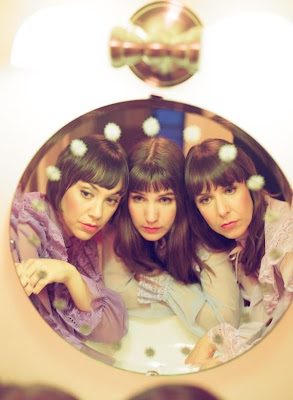 [mp3] The Living Sisters: "Double Knots"
While her partner in crime Greg Kurstin was straight robbed for the Producer of the Year Grammy, this post is (mostly) about Inara George's new all girl super-group, The Living Sisters featuring Inara, Eleni Mandell and Becky Stark (Lavender Diamond). Their sound is a (don't call it twee) blend of country-pop, soul, and indie rock. Oh yeah, it's also infectious as hell. Check out their single "Double Knots" above. The Living Sisters' debut LP Love to Live drops March 30th on Vanguard records.

In other bird and the bee related news... 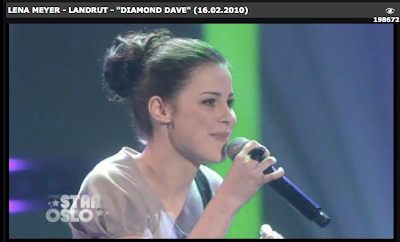 Due to the website being in another language, we don't know how to embed the video


Besides their upcoming gem of a record Interpreting The Masters Volume 1: A Tribute to Daryl Hall and John Oates (March 23, Blue Note Records) which Vince previewed, you MUST watch this clip of a Norwegian/German teen (?) named Lena Meyer-Landrut who preforms the bird and the bee's "Diamond Dave" on Unser Star Fur Oslo, some European version of American Idol. Crazy! We have no idea what the judges are saying, but they seem to like it and someone says Bjork. We heard that one of the judges says how it was a great performance even though she picked a song that nobody's ever heard! Either way Lena: well done dawg; we thought it got a little pitchy on the bridge, but you really made it your own. We can't wait to see what you do next week.

Dictated but not read by StarkNY at 3:27 PM

Email ThisBlogThis!Share to TwitterShare to FacebookShare to Pinterest
Labels: Greg Kurstin, inara george, Lena Meyer-Landrut, the bird and the bee, The Living Sisters