Something New and Something Old


[mp3] Pepi Ginsberg: "Coca Cola"
[mp3] Love: "Love Jumped Through My Window"
Here are two records that we think are not getting nearly enough love by the populace at large. Isn't that why we're doing this blog thing anyway? We love redundancy around here.

The first album, East is East, is the newest offering from Pepi Ginsberg which drops 2/2 on Park the Van, the beloved former home of Dr. Dog before their graduation to Anti. Much has been made of Ginsberg's quote that this album is "what the love child of Bob Dylan and Deerhoof would sound like." The Dylan influences are heavy to be sure, but we would say it's more Dirty Projectors than the sharp and edgy corners of Deerhoof. (Talk about nerdy blogger debates, damn.) At times, we're reminded of Jim White's disjointed rhythmic experiments most prominently featured on his work with Nina Nastasia on her album You Follow Me. East is East is summery, poppy, and highly addictive. Somehow it seems very derivative, yet unique at the same time. Nevertheless, we're enjoying the hell out of it. 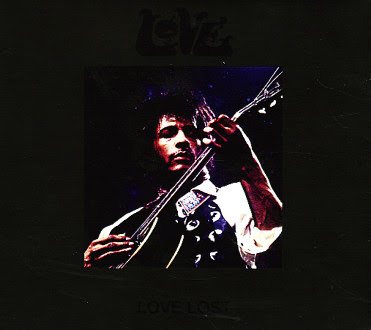 The next offering is Love Lost, an album that Love recorded for Columbia in '71, but was never released. This album shows a looser, more raw, and at times, edgier side to this seminal West Coast psych/rock band. "True" Love fans often find themselves engaged in debate over which line-up was best, and which years were the true peak of the band. For us, it's all great, and Love Lost is no exception. Debate all you want, we'll be relaxing and enjoying the record. Love Lost is out now.

Dictated but not read by StarkNY at 6:00 PM