A Statement Moment for The RAA 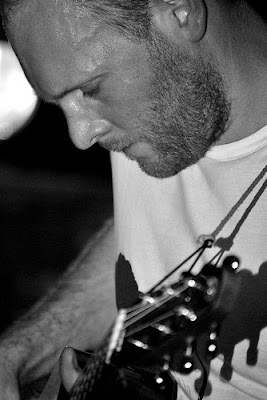 All the pressure of a Rural Alberta Advantage (RAA) show rests on the sweaty shoulders of frontman Nils Edenloff's truly unique vocal stylings. Saturday night however, he had a cold. His voice was a bit shot, but there was no hesitation in Edenloff's delivery -- no attempt to sit back and take one off -- he brought all he had for every song, making the performance more commendable and well appreciated than anything else.

For a band with an album full of high-tempo hits, (see debut, Hometowns (Saddle Creek Records)) RRA deleted ballad from their vocab, unleashing a powerful and raucous set -- we expected nothing less. Songs such as "Rush Apart," "Don't Haunt This Place," and "The Deathbridge in Lethbridge" were met with great crowd participation and rousing cheers regardless of a few vocal mishaps here and there. You could have baked a loaf of bread in the sold-out Mercury Lounge Saturday evening -- the gray shirt worn by backing vocalist and percussionist Amy Cole was soaked through; it probably had something to do with the scarf she wore all night as well (wtf?!).

Read more and see more of Karp's RRA photo's after the jump!

A simple trio that sports a large and diverse sound, RAA bounced from one 2:30 second song to the next. Playing Terminal 5 the night before (with Passion Pit), Maxwells, and a double show on Saturday evening, RAA kept the train rolling, but were clearly needing some time off. Yet, this New York run, capped off at the Mercury Lounge Saturday, represented a statement moment for the hard working and highly talented band from Canada. While it's never really clear what it means to say a band has "arrived" we can simply state that Rural Alberta Advantage have gone from "band to watch" to "band watched, and loved" with not just the writers of this site, but for audiences at large. 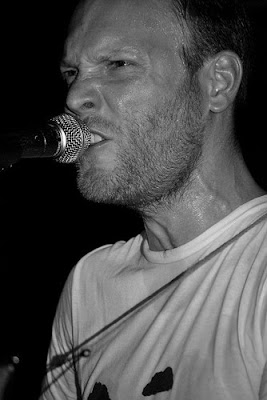 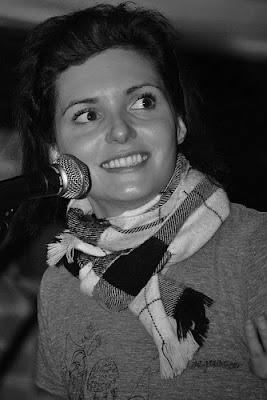 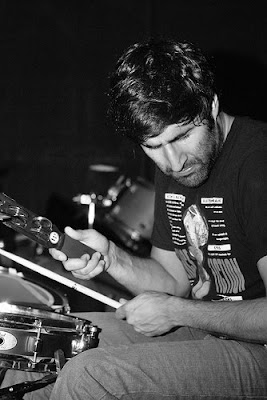 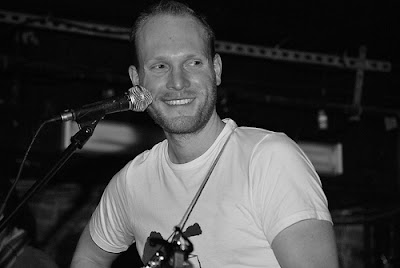 Dictated but not read by thestarkonline at 12:00 PM