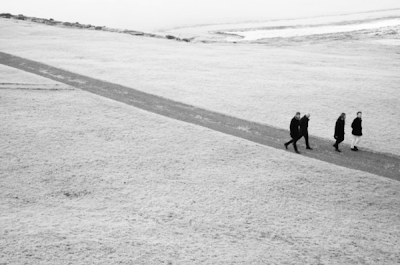 [mp3] Mary Onettes: "Puzzles"
[mp3] Mary Onettes: "Dare"
The Mary Onettes are cut from the same mold as their fellow hazy-pop counterparts, the Raveonettes. Yet, where the Raveonettes's sound is dark and ugly at times, Mary Onettes' music is shimmering and pretty, owing more to The Cure and the 1980s than the post-rock movement and the 1990s. What is clear through, is that the Mary Onettes have made a very solid record with Islands, releasing tomorrow. This group of Swedes will be descending on New York for three shows in the next week and a half. They play tomorrow night at Union Hall with Blacklist (worth checking out!) 11/6 at The Studio @ Webster and 11/8 at the Mercury Lounge. Check out the video for "Puzzles" after the jump.

The Mary Onettes 'Puzzles' from Labrador Records on Vimeo.

Dictated but not read by StarkNY at 11:08 PM