The Secrets of "Graceland" Revealed 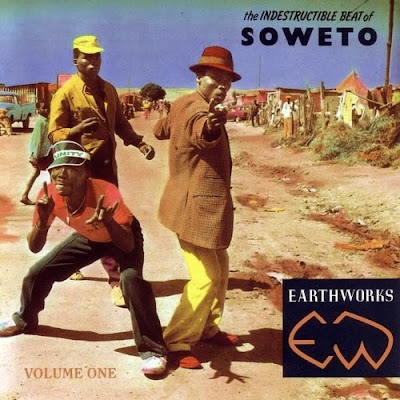 [mp3] Nelcy Sedibe - "Holotelani"
[mp3] Udokotela Shange Namajaha - "Awungilobolele"
Much has been made of, and many have debated the ideas behind what Jon Pareles famously coined as "cultural imperialism" in his Rolling Stone review of David Byrne and Brian Eno's My Life in the Bush of Ghosts. "Does this global village have two way traffic?" Pareles asked. Paul Simon's famous 1986 album Graceland has fallen under the same attacks from many critical circles. Where does musical idea sharing end, and straight up stylistic plagiarism begin? Is there even a line at all? It's a complicated issue, with no real answers. Of course, musicians have lifted ideas and styles from each other from the beginning of time. It happens. Yet, it's wrong for anyone to believe that Paul Simon invented the styles of music at play on Graceland. Conversely, Paul Simon never claimed to have done so. Hm. See? Complicated. See what all this has to do with the above album after the jump.

So, what can we do to combat the idea and practice of "cultural imperialism" if it even exists?The answer, is to simply shine light upon, and promote the artists who helped develop the styles popularized in the West by artists such as Byrne and Simon. To show readers that artists had been playing stylized African-pop long before Graceland came out. Never have the styles embodied on Graceland been so apparent than on this collection called The Indestructible Beat of Soweto. It's an amazing amalgamation of the genres, songs and beats popularized in the 70s and 80s in the Soweto region of Africa. Oh yeah, and it sounds EXACTLY like Graceland. Get it today, before summer's over.  A big thanks to Aquarium Drunkard for posting on this yesterday.
Dictated but not read by StarkNY at 2:44 PM