New J.Tillman mp3: Though I Have Wronged You 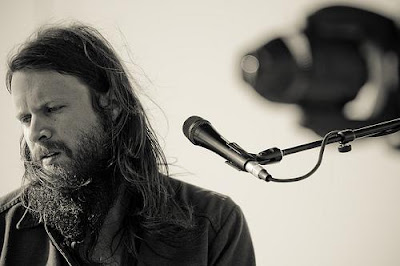 [mp3] J.Tillman: "Though I have Wronged You"
The new J.Tillman record Year in the Kingdom (9/22 Western Vinyl) has been a staple around here over the past month or more. While at times recalling the better parts of Ray Lamontagne, Tillman is able to retain a soft darkness to his songs, which keep them out of the straight ahead "singer songwriter" vein and in the more mysterious hard to pin down, "indie" genre. Being in the Fleet Foxes helps a lot too. Yet, Tillman was a well established songwriter in his own right, before being tapped to diddle the skins for the Foxes. He's a prolific musician that is well deserving of the attention he's been garnering of late. Let's hope it keeps up.

Dictated but not read by StarkNY at 11:39 AM

Best collection of ringtones
Hi everybody!
Do you feel the ringtone of your cell phone is boring? Want to own the unique and unique ringtone on your phone? I recommend listing the best cell phone ringtones that you can download to your phone. Best quality ringtones below.

5 favorite ringtones you can refer and install:

There are also many other ringtones. All ringtones are free to download. You can search and reference more ringtones at my homepage: https://bestringtonesfree.net/

I need your evaluation.

Music is bringing us the joy of laughter. Me too. I love music. This is where I get the best songs here: Ringtone download

Here are the songs you should install and refer to because there are lots of listeners and recent downloads:


You have finished listening to comments for my post to fix the most complete. Have fun. Thank you!

The blog and data is excellent and informative as well. 192.168.l.254 is an IP address used by many routers and modems as the default gateway