Billboard: A Retrospective on International Charts 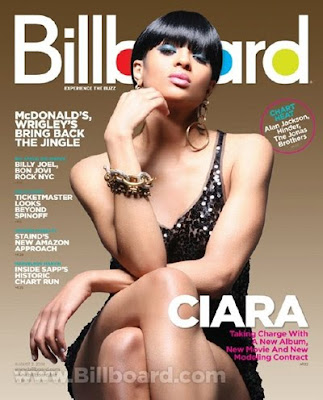 Back in high school I used to write down the songs on Casey Kasem’s American Top 40 while listening on the radio. It took me a while to realize that those charts were published in Billboard, and that the newsstand across the street from our apartment building in the Bronx carried it. It was expensive (think it was $4), but I literally read it cover to cover. Because there was no way I could buy it weekly, I kept the same copy around for months at a time, studying it—and one of my favorite sections were the charts from other countries.

In 1980-81 at the height of my interest, songs by the Specials, OMD, Adam & The Ants, The Beat and The Teardrop Explodes all were top 10 singles in the UK. England as well that other countries in Europe, as well as Australia and even Japan were alternate realities where cool music was hugely popular.
~Michael Krumper, Stark Contributor
More on Billboard including Diane Birch, The Gossip and more after the jump.

Flash to this past week. Was looking at the Hits of the World Chart in Billboard, and saw that The Gossip has the #8 single in Germany and #10 in Australia with “Heavy Cross” and almost more impressively, Diane Birch has the #7 single in Japan with “Fools.”

Yep, I know that these countries have unbelievably crappy artists and songs that top their charts on a regular basis, just like we do. Somehow, I’m still left feeling the same way as I did way back when. I do love pop music--the new Miley single is great, sounds like “Genius of Love”- I’d just like to see “Stillness Is The Move”, “My Girls” and “Two Weeks” charting in the top ten next to her, not just in the NPR listeners top ten songs of the year. In a world of fragmentation, I’m somehow still dreaming of that alternate universe existing in the US—like they seem to have in other countries, sometimes.
Dictated but not read by thestarkonline at 11:44 AM

Email ThisBlogThis!Share to TwitterShare to FacebookShare to Pinterest
Labels: Adam and The Ants, billboard, Diane Birch, OMD, the beatles, The Gossip, the specials, The Teardrop Explodes

Love it! Nice to have you aboard Mr. Krumper.