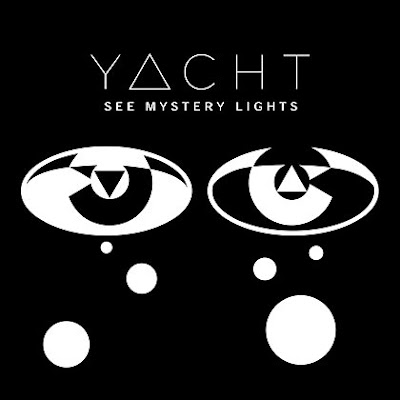 The highly anticipated YACHT record, See Mystery Lights, was just released today on DFA Records. Jona Bechtolt and Claire Evans are YACHT, hailing from the somewhat unlikely Portland, OR region. The locale is unlikely only because the group's sound is reminiscent of an East coast bedroom popper, though production quality is nice and clean. We thought we'd indulge the social networking beings-that-be, and use Twitter's 140-character textual regulatory method for review purposes. Enjoy Googling YACHT...reminds me of Gob.

See rest of the Twitter review after the jump!

Track Seven - "We Have All We Ever Wanted"
:: Ominous beginning. Feel like "Thriller" is about to drop. Doesn't really go anywhere. Feeling this record may be front loaded?

Dictated but not read by thestarkonline at 11:00 AM