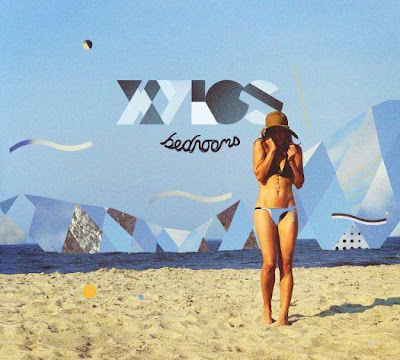 [mp3] Xylos: "In the Bedroom"
Stark first encountered Xylos sometime after the L Magazine feature and before the Northside Showcase -- since then, our interactions have been nothing but pleasant; be it attending their performances, working together during the showcase, or simply corresponding with band member Eric Zeiler. This is a hardworking band who fill an interesting, somewhat dormant musical niche that we've described as "trop-rock" or "tropical rock". In the newest segment of Xylos updates, we are here to tell you about their upcoming, July 28 Mercury Lounge show where they will be headlining. Here is more information from a PR:

"New York, NY – Brooklyn’s Xylos were just featured in the annual “8 NYC Bands You Need To Hear” issue by L Magazine, a distinction previously awarded to notable alumni Vampire Weekend, Pains of Being Pure at Heart, and High Places among others. The band released their buzz-catching debut EP Bedrooms in late 2008 and is currently in the studio with producer Britt Myers (Chairlift, Essex Green) recording their forthcoming full length album. Xylos is set to headline the Mercury Lounge July 28th with special guest openers."

Dictated but not read by thestarkonline at 1:08 PM