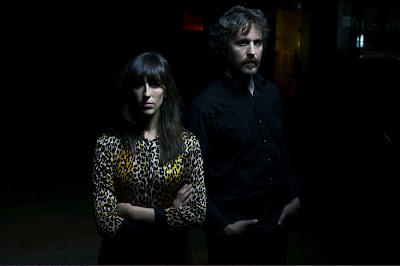 Mike Bailey slipped us this record from Joe Gideon & The Shark almost a year ago. We're not sure where he stumbled upon it, but every time it came up on our ipod, one question came to mind "why doesn't anyone know about this band??" Well, it appears no one had heard of them because their record Harum Scarum hasn't been released in the states yet. This English duo channel a dark, American, blues-rock sound through a haze of crashing drums, squawking 8-track noise and guitar; all backed by carefully crafted melodies and well written songs. Apparently they can bring it live as well. Joe Gideon & The Shark will release debut LP "Harum Scarum" on Bronzerat/Redeye October 13th US tour dates coming soon. They are touring in the UK now. Video and tour dates after the jump.

Dictated but not read by StarkNY at 12:00 PM

Email ThisBlogThis!Share to TwitterShare to FacebookShare to Pinterest
Labels: Harum Scarum, Joel Gideon and The Shark