Those Darlins at The Mercury Lounge 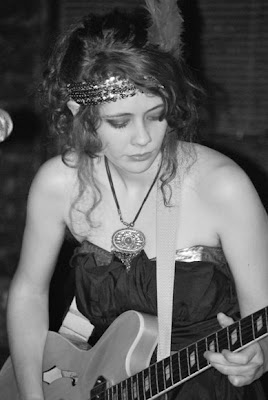 Last night was clearly a case of mistaken identity. The four people on stage playing as Those Darlins, were not the same four people that we saw a year ago. In a literal sense, they have a new drummer, who we have to give a big shout out to. Sheriff Linwood, is damn good. He may go by unnoticed, as most people are fixated on the three front-women, but he drives the songs with style and subtle chops. No pun intended. Last night, as a band, the Darlins managed to solidly live up to their hype (dare we say, finally?). 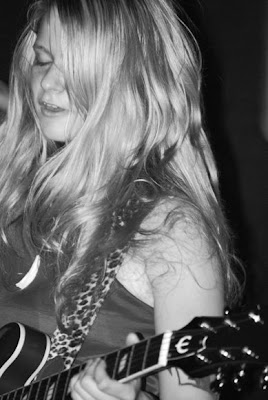 Those Darlins were a fully formed ensemble last night, with a cohesive sound and mature, well- practiced harmonies. Of course, they rocked their signature stage show with all the style, power and bravado we have come to expect. As several of us noted after the show, the subdued nature of the Mercury Lounge's industry heavy audience may have caught the Darlins a little off guard. They feed off the crowd's energy, and they got zero in return last night, which is a shame. [UPDATE: Apparently there was a pretty rowdy section up front, and there was some boob flashing, so the place wasn't totally filled with squares.] They're just coming off a show in Nashville with the BLACK LIPS, where fans stormed the stage and trashed Jessi's pedals while somewhere along the way Nikki managed to take her dress off. You can see the craziness at the Nashville Cream. Nothing like that happened last night, and I think the Darlins were a little disappointed. That's ok though. The show still had a ton of energy, which came from some odd, but rewarding set list choices.

In several spots, the band seem to abandon their country roots, opting for an almost Vivian Girls style post-rock sound. Weird right? It was good though. Kelley Darlin is the most talented instrumentalist of the three women and she brought it last night with several really happening guitar solos. Jessi picked up a few things this past year and played some tight solos of her own, especially during the odd rockabilly/rock instrumental jam, which again, succeeded in a strange way. The songs from their self titled debut were strong, in particular: "Wild One" "222" "DUI or Die" and of course their killin' single "Red Light Love." We also enjoyed their tounge in cheek closer "Fun Sticks." It was a night of redemption, sweat, booze, old and new friends, and more rock than country. Nothin' brings everyone and everything together like a Darlins' show I guess. 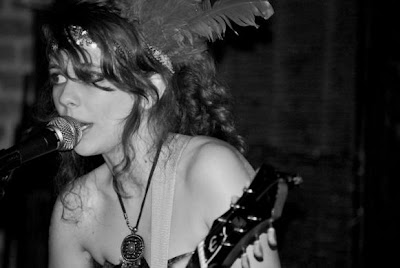 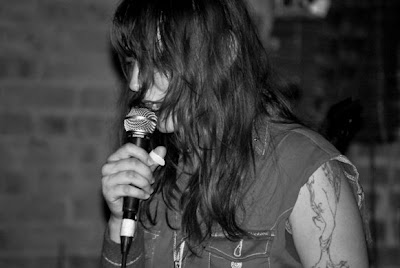 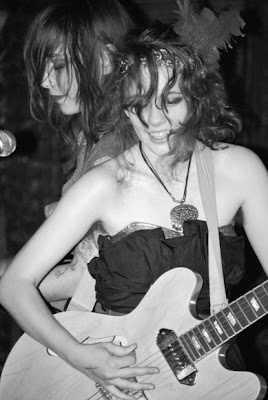 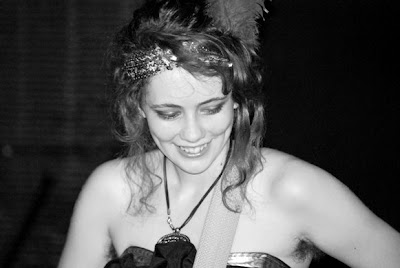 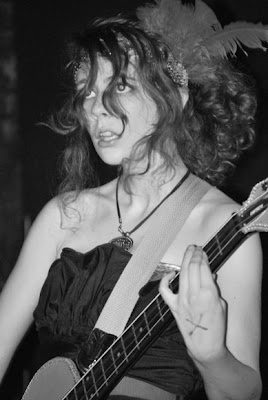 Dictated but not read by StarkNY at 4:16 PM