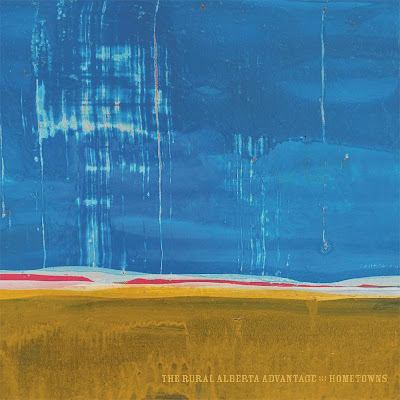 [MP3] The Rural Alberta Advantage: "Frank, AB"
We were excited several months ago when we heard this band had gotten signed to Saddle Creek and was getting a wider release for their great album Hometowns. Much has been made of their similarity to Neutral Milk Hotel, but RAA's music comes from a more accessible and less urgent place. It's organic and warm in the same way that In The Aeroplane Over the Sea, was crisp, cold and direct. In fact, after much listening, I rarely even think of Neutral Milk outside of singer and lead writer Nils Edenloff's voice. Hometowns has been garnering rave reviews from critics and the praise is well deserved - it's available now, buy it today.

Dictated but not read by StarkNY at 10:25 AM

Email ThisBlogThis!Share to TwitterShare to FacebookShare to Pinterest
Labels: In The Aeroplane Over the Sea, Neutral Milk Hotel, Rural Alberta Advantage