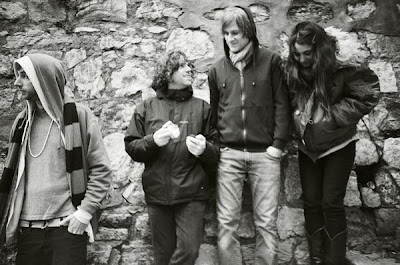 [MP3] Gang Gang Dance - "House Jam"
Still riding the successes of their 2008 release, Saint Dymphna, Gang Gang are taking their tribal, electro-dance music to various regions of the US, including a date at Lollapalooza.

Check out US tour dates after the jump.