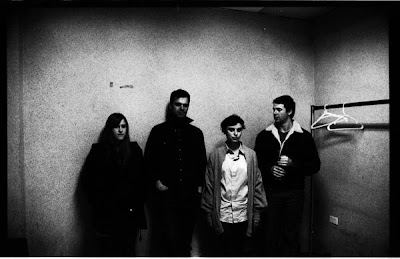 [mp3]
Dirty Projectors: "Stillness Is The Move"
Bitte Orca has been constantly playing since its arrival, and right now, we can honestly say it's challenging anything for #1 record of the year. Vince gave us a short look at the record a few days ago, giving it a 92 rating. While we've never seen them live, the reports are good. If you're a NY'er, you'll have two excellent chances to see their jarring, summery-pop songs played at outdoor venues, including what promises to be a gongshow performance at the "Williamsburg Waterfront" which we figure is the new McCarren Pool. Not as catchy, but, whatever. Bitte Orca comes out via an LP, CD, and special edition cassette (really??) June 9 on Domino, It's the most fully formed record of their career, bright, catchy and immediately likable. Tour dates solo and with TV On The Radio after the jump.

* WITH TV ON THE RADIO
photo: nina mouritzen

Dictated but not read by thestarkonline at 10:34 AM