Jim Ford - Sounds of Our Time 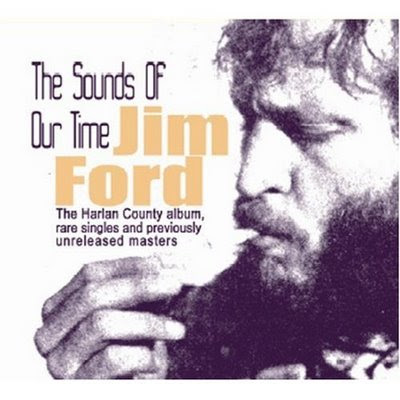 So, for someone who delves relatively deep into the old-country-roots-Americana world, it was really a surprise to me that I didn't know artist Jim Ford. After exploring his seminal work Harlan County, packaged with rare singles and B Sides as Sounds of Our Time, my error became even more egregious. It's country music played they way it should be -- with a mix of folk, soul, R&B, and true bluegrass-style country. Harlan County is a little all over the map stylistically, but in all, it amounts to an essential entry into the catalog of country music. Spliced with horns, syncopated drums, and Ford's soulful voice, Harlan County is closer to the music of The Band than anything I've heard, maybe ever. Much of his music has been recently reissued, because after about 1970, Ford fell totally off the radar; he passed away in 2007. Most of his musical successes came penning songs for others, but his own work lives on. Nick Lowe cites Ford as a major influence. Start with Harlan County/Sounds of Our Time and go from there. There are also about zero photos of the guy, and yes, the cover really is that pixelated. Sorry.

Dictated but not read by StarkNY at 11:54 AM