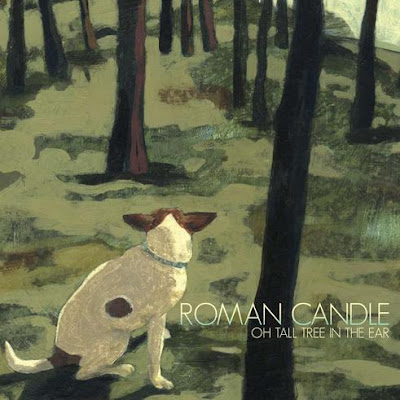 [mp3] Roman Candle: "Why Modern Radio is OK"
Roman Candle were unfortunate victims of V2 Records' untimely floundering several years ago. They retired to their native Tennessee to lick their wounds and reassess the situation. In 2009, they have returned to the forefront with support from AAA radio, Paste Magazine, a tour and a great new record Oh Tall Tree In The Ear. An obscure reference, but they remind us a good deal of the Deadstring Brothers, a fantastic Detroit band with a Rolling Stones fetish and a kick ass live show. Roman Candle don't count on the Stones as much, but there are elements of their rock/Americana twang that recall the best parts of the Stones' Gram Parsons influenced country rock. Paste (stay strong homey) just called their record a "modern rock masterpiece" - a publicist's dream quote if we ever saw one. While that's some pretty ambitious praise, Roman Candle have made a solid and excellent record that has put them back on the path they were on with V2, if not in an even better place. They play tonight at Pianos and tomorrow at Maxwell's in Hoboken. Certainly a band to watch. Oh Tall Tree In The Ear is out now.

What a great show last night! I had never heard of them and went with a friend and loved it!

so glad they're getting good press. great people making great music. how weird is that?
http://www.lakefeversessions.com/session/roman-candle/