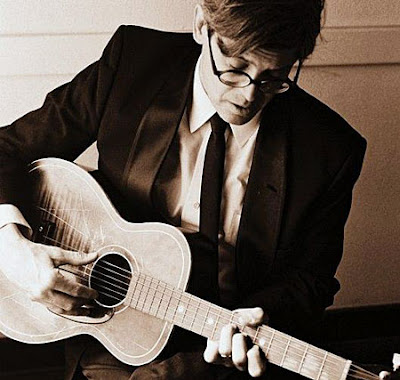 Sometimes indie-rock gets a little much. Too much synth, too much reverb, too much everything. That's when you need those fall-back records; something that you can listen to that reminds you of nothing modern at all. These two country records have recently brought me through the times that I couldn't stand one more goddamn noise punk record. One album was made a long time ago, and the other was shockingly made this year. See the records after the jump. 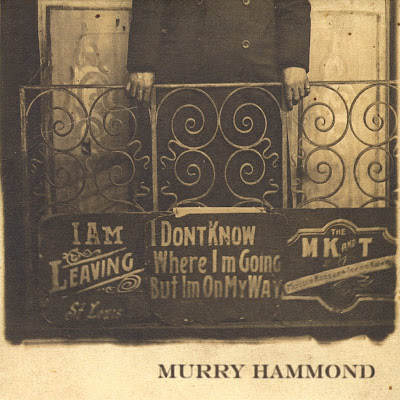 Murry Hammond has been the long running 2nd in command of the band Old 97s. He usually get's a few songs per record, and they're always quite enjoyable affairs. They aren't usually the best songs on the album, but they lighten the mood and are almost always well crafted songs. Even though we knew he had the chops, we didn't know Murry Hammond was capable of making I Don't Know Where I'm Going But I'm On My Way (Hummin'bird Records). This record is a haunted country classic. I sometimes don't even know what I'm listening to. It's like the spirit of some dead train conductor inhabited this record. Yeah - there are lots of songs about trains, and even some country yodeling - but that's what makes this album a timeless affair. It's solemn, dark and lonely - the way some of the best country music albums are. I can't say enough good things about this album. Just get it. The songwriting is great, and honestly, doesn't sound anything like any Murry Hammond song on any Old 97s album. 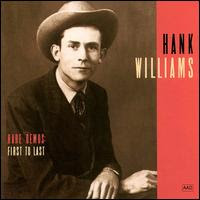 We found this goddamn gem of a record at a used CD store. It's a collection of rare demos recorded by Hank Williams. Whereas most country music was always produced with the utmost care precision, what we have here is just Hank and the gee-tar. No bells, no whistles, no pedal steel, no back up singers. It's really incredible how strong the material is, and how well it holds up in demo form. I can listen to this stuff all day and night. The collection features a few well known tunes, but almost all are new to us at least. A must own for any Hank fan.

Dictated but not read by StarkNY at 12:53 PM

correction:
that's the dedringers - sweetheart of the neighborhood.

and you can find their album here: c
http://tiny.cc/VkV5c.

sorry for the hideous blunder.

Dear commenter "Tim," remember, loose lips sink ships. How does that apply to this situation? Unknown.