The Dig Tonight at Mercury Lounge 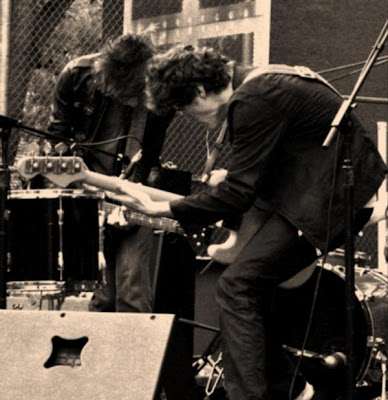 The Dig are slowly making their case as one of the buzziest unsigned bands in NYC. The new buzz maker and publicists' dream Deli Magazine named them "band of the month" and now The Dig are headlining The Mercury Lounge tonight. We caught them opening for the Mystery Jets and ended up enjoying them more than the Jets. They don't play a wholly unique form of indie Rock and Roll, but their live show is dynamite and they have great songs. As trite as it may seem, I've seen numerous folks excitedly twittering about them from live shows and blowing up the BV comment section about 'em. In the world of grass-roots marketing, word of mouth is king. We're excited to see them in the headlining slot and hear some new tunes. The band is heading into the studio soon to record their debut LP are touring the East Coast through June.

Dictated but not read by StarkNY at 10:37 AM