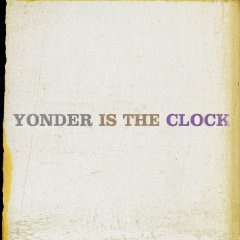 This shambling array of dusty sounds and ragged Americana is one step away from the Felice Brothers' break out album. The Felice Brothers have the talent, look and sound to move into the main stream. Compared to their forefathers, The Band, these upstate NY brothers are one "The Weight" away from stardom. This fact takes nothing away from the excellence of Yonder. It truly is a fantastic record and finds the Brothers embracing their sound fully and focusing their ideas. It's not perfect, but perfection seems to be fast approaching on the horizon.

See the rest of our picks for the week after the jump...

We caught Micachu at Pianos, and the show perfectly conveyed the energy, youthfulness, and the uniqueness of this fantastic new artist. Strange sounds abound, ragged instruments are played with reckless abandon and Micachu's charming androgyny make this album and live show one of the standout rookie performances of 2009. What the album may lack in precise songwriting, it makes up for in passion, style, individuality and all around creativity.

There's a lot of Richard Swift's product out there, but Atlantic Ocean seems a step above the rest. While we've yet to consume the album in its entirety, we've spent much time with the tracks from his excellent Ground Trouble Jaw EP, and have been streaming the rest. The songs included here (at times) recall the lo-fi doo-wop soul of some Daptone records, while others prove more danceable, singer-songwriter- based tracks. This record is very good, but it could be great with a more direct focus and vision. Perhaps deeper, longer listening will revel a more coherent vision for the album. Still, Richard is a strong talent and his music is always worth picking up.

The Veils have always held a place in our hearts. Since Vince's excellent find several years back, and one way too drunk Mercury Lounge show, the Veils have stayed on regular rotation in Stark's world. Sun Gangs finds the Veils making a strong showing on the songwriting front, honing their focus and upping their attention to detail on the production side. Their previous record Nux Vomica, swung wildly from howling screams and harder indie-rock, to more accessible, catchier, jangly songs featuring singer Finn Andrew's excellent voice. Sun Gangs has found a nice balance between the two worlds and makes for a highly enjoyable complete listen. Apparently he's still rockin' that hat though. 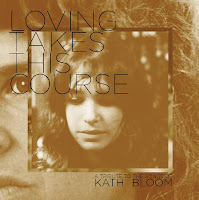 To call Kath Bloom an underrated songwriter is (errr) an understatement. I can't fit the reasons why Kath Bloom is great in this post, but she deserves more. Look her up...Today. As for the record, her influence is clearly widespread as evidenced by the high profile guests paying tribute to her on this record. Bill Callahan, Mark Kozelek, and the Dodos, to name a few, offer up their takes on Kath Bloom's material. As with many compilation records, some songs work better than others, but the second disc of Kath Bloom songs (performed by Kath Bloom) is worth the price of admission alone. Dig through this record, there are many hidden successes.
Dictated but not read by StarkNY at 12:00 PM