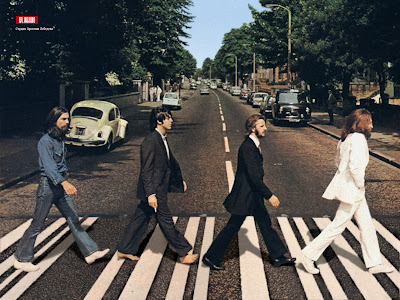 Yeah, we know, we're giving space and time to the Beatles, like they need it right? We're actually pretty sure you get in trouble for even mentioning the Beatles on the internet. Don't worry we'll get back to covering your band in a second. Allow us this indulgence. Apple and EMI are remastering and re-releasing the Beatles catalog and a whole bunch of other expensive (physical) crap on September 9th. Most people will view this as a ploy by EMI to get people to re-buy Abbey Road for the 1 millionth time. Of course it is. YET, at the same time, re-mastering is awesome. The records come out sounding great (most of the time) and they often come along with pretty packaging. The Martin family produced Beatles remix record LOVE featured some remastered Beatles tracks, and they sounded amazing. Columbia has done a great job re-mastering the Dylan catalog and the first three Leonard Cohen records; and you know what? It makes a difference. If you're not listening on vinyl, you deserve more than some crappy CD made in 1992 before they knew how to properly transfer the music. I'm just surprised this hasn't happened sooner. Bruce catalog??? Stay tuned for tons of Beatles mp3s coming on Stark.

Dictated but not read by StarkNY at 1:48 PM

Email ThisBlogThis!Share to TwitterShare to FacebookShare to Pinterest
Labels: the beatles