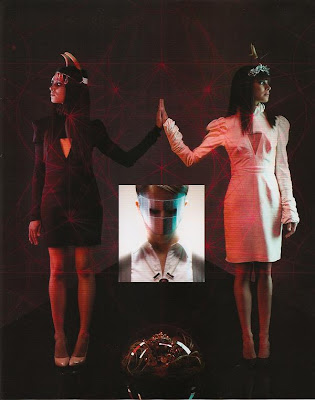 Brooklyn's electro-pop trio, School of Seven Bells, are set to tour behind their mildly successful 2008 full-length debut, Alpinisms. We sure as hell enjoyed the record however, as it made the # 9 spot on Vince's Best of 2008 list. Though generating buzz in 2008, the band hit its stride heading into 2009, peaking at SXSW; Entertainment Weekly reported on the band's SX performance saying they produce, "...a sound that could just as easily put you in a reflective trance or make you dance for your life." Fine by us.

Dig the Bell's tour dates after the jump.

I didn't catch School of Seven Bells at SX but I heard luke warm things about their set at Buffalo Billiards. I guess the two of them on stage with a lap top and guitar is far less immediate feeling than their record. But don't take my word for it . . .