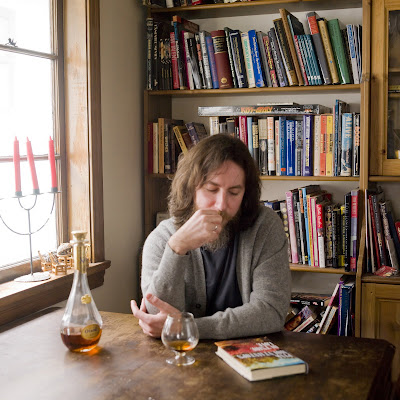 We'll start you off with a quote from the press release:

The ten songs on Outside Love are about or influenced by weddings in Montreal, winter, Pink Floyd's The Final Cut, Christmas albums, that one Exile song and that one Echo and the Bunnymen song, the Bermuda Triangle, being depressed in the sunshine, people who haven't made out yet but will in the future, The Everly Brothers, clowns in the ceilings, and bedrooms where skinheads used to live. They are songs of love and hate that read like a Danielle Steele romance novel but that would probably make for bad television.

It's hard to make that kind of shit up. Kudos. But on to more serious matters. What we've heard from this record has been great. Pink Mountaintops is made up of Steven McBean who is also the guitarist, songwriter and co-vocalist for the kick ass band Black Mountain. For Outside Love McBean is joined by fellow Black Mtn. bandmate Matthew Camirand. These songs don't thrash as much as Black Mountain, but they still hold that similar stoner rock vibe that lies just beneath the surface. We mean that in a good way. McBean's vocals are a highlight, as well as the lovely acoustic guitars on the single "Vampire". Outside Love hits May 5th via Jagjaguwar. Tour dates including Mercury Lounge after the jump.

Dictated but not read by StarkNY at 2:15 PM