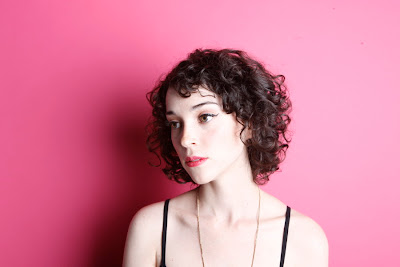 First off, thanks to Lauren Ross for giving us an "I was there when" moment when she first introduced us to St. Vincent at an empty Pianos several years ago. Amazing. (Lauren was in the band at the time!) Besides being one of our artists to watch in '09, St. Vincent has announced a full tour behind her upcoming record Actor due May 4th on 4AD. A few key outlets have the record and all reports back have been stellar. Needless to say - we're pretty psyched! This could be a break-out year for one Ms. Annie Clark. Mp3 above, SXSW details and tour dates after the jump.


"St. Vincent (nee Annie Clark) will preview songs from 'Actor' next week with two performances at SXSW: 11pm on Wednesday, March 18, at the 4AD showcase at Central Presbyterian Church; and 12 midnight on Friday, March 20, at the Billions showcase at Antone's.

'Actor' is available for pre-order now. Early CD and LP orders come with a free limited edition 7" featuring the album track "Actor Out of Work," and the exclusive, non-album track "Bicycle" on the flipside. Go here for more info:
http://www.beggarsgroupusa.com/releases/actor/"

Dictated but not read by StarkNY at 2:05 PM