The Nerds Are Beating the Recession! 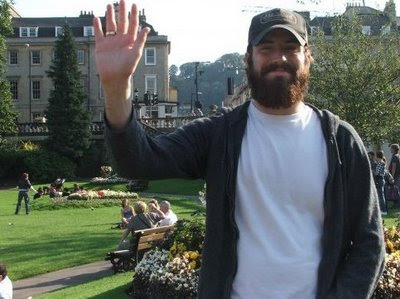 Most of us muso/industry types view SXSW as a sort of rock and roll Geiger Counter that will tip us off on the upcoming year's big trend. And really, it's like spring break gone indie. While cruising around downtown last night the lines were long, the sponsors huge and the tight jeans plentiful. It certainly looks like 2009 is no exception.

But how can this be? I mean, everyone I know is broke and getting broker. SX certainly appears to fall into that elusive echelon of "recession proof" events. It seems, however, that this is no longer entirely because of the music. SXSW co-founder Ronald Swenson recently noted that music registration for `09 is down between 10-15%, even after adding around 100 bands to the official roster. Interactive registrations, on the other hand, are up by around 30%, providing more than a bailout for us slacking guitar creeps.* Does this mean the old guy-in-a-band adage that "live gigs drive the industry" will lose some of its punch over the next year? I guess it's still too early to call, but this songwriter is officially keeping his eyes peeled for a tech-savvy publisher . . .

Dictated but not read by thestarkonline at 12:04 PM