Get the New Bob Dylan MP3 Now, Before it's Too Late 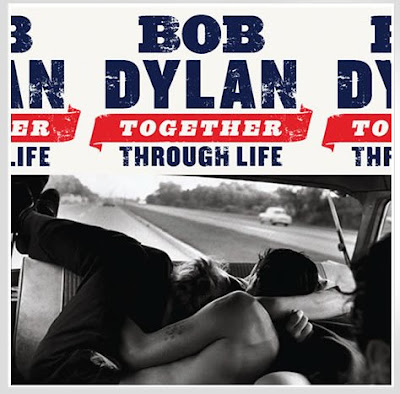 Bob Dylan's 46th career release, Together Through Life, drops April 28 on Columbia. From now until midnight tomorrow, an exclusive first track MP3 for the album is available HERE, on Bob Dylan's homepage. The tune titled, "Beyond Here Lies Nothin'," rollicks with the blues-infused power of previous efforts such as 2006's Modern Times. Highlighting a subdued brass section, accordion and vivacious guitar lines, Dylan jangles along in typical, modern day fashion. There isn't much departure from the newer, more grizzled sound of Dylan's vocals; we weren't expecting another life chapter here, but there is no lack in musical quality either... it's Bob fucking Dylan.*
Pre-order the album here.

* As the rock myth goes, there have been three Bob Dylans: the first died in the infamous motorcycle crash in Woodstock, and the next was so bad, Columbia had him killed. We are living through the third Dylan currently, and Together Through Life doesn't seem to be a mythical, posthumous release.

Dictated but not read by thestarkonline at 10:10 AM