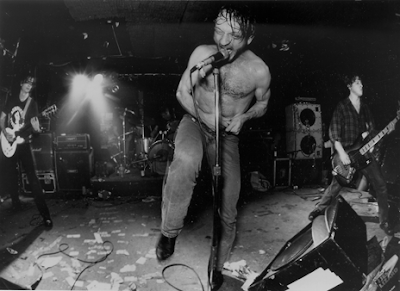 This week venerable Chicago indie Touch and Go Records announced they will cease to release new music. This sucks... I grew up on T&G - they held an ethic that was second to none. No contracts with bands, just handshake, 50/50 deals. They released amazing records by Big Black, The Butthole Surfers, Girls Against Boys, Slint, The Jesus Lizard and countless others.

Please check out Pitchfork this week as they are offering a full concert video of The Jesus Lizard live from 1994. I had the privilege of seeing the band live many times (AMAZING) and even appeared as an extra in one of their music videos. Viva David Yow! Check it out HERE

Dictated but not read by StarkNY at 11:46 AM