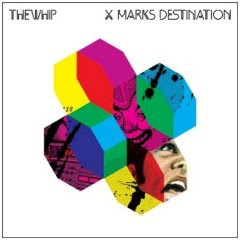 Release Date: March 3, 2009
Label: Razor & Tie
MP3: "Trash"
Rating: 82
________
Manchester's Bruce Carter and Danny Seville combine synth-led back beats and tantalizingly-punchy lyrics to create modern electro-rock with a bite. In their newest release, X Marks Destination, the two (with help from Fiona Daniel: drums and Nathan Sudders: bass) are making the music they know how to make. Citing influences such as Fleetwood Mac's Rumors, Seville and Carter shake speakers while inducing head-bobbing undulations (dancing?) Tracks such as album single, "Trash," as well as "Blackout" and "Divebomb," establish an electro-dance dominance that goes unattested. Get up for this one. Play it loud. 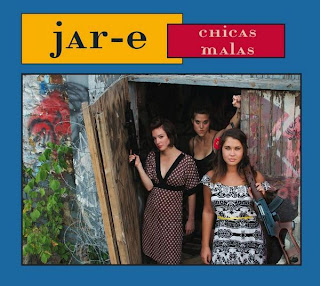 Release Date: Feb. 24, 2009
Label: Exotic Recordings
MP3: "An Idea", "Casa Believe"
Rating: 76
________
Jon Reid is Jar-e, but you would never guess he was a North Carolina native. Chicas Malas, translating to "bad girls," is rich with Mexican, Cuban and Latin influence --it is no wonder that Reid conceived of the album while traveling through these parts. The album is dominated heavily by the vocals of Reid and the ever-present rhythmic horn-section . There is no denying however, that the record is front-loaded as tunes toward the latter half begin to wane in off-pace balladry. Highlights include the intoxicatingly repeatable " 3 Leaf," album single "Casa Believe," and "An Idea." These tunes are saturated with Motown and Pop influences that make you want to sing in the shower --the rest of the album, maybe a nap?

Samantha Crain & The Midnight Shivers - Songs in the Night 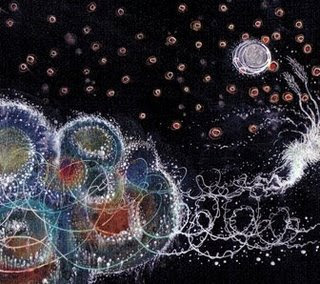 Release Date: April 28, 2009
Label: Ramseur Records
MP3: "Songs in the Night"
Rating: 86
_________
Album opener "Rising Sun," equipped with dark overtones and pseudo-band-backed-balladry, introduces you to Crain's tipsy lyrical style. Yet, the title track that precedes it, jaunts along in a Rhett Miller sort of way; the chorus will permeate your ears and burry itself in your head. The rest of the album is like a country road: bumping along unpredictably, but never lacking in beauty. Crain lets her voice tell the tales and the band drive the car. Songs in the Night is a rustic gem that listens like it was unearthed somewhere near its creation, deep in the western landscape.
Dictated but not read by thestarkonline at 2:35 PM