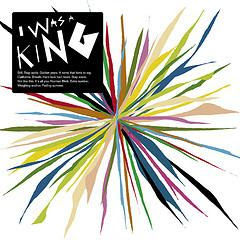 People have been blogging up this band around the water coolers my friends. They are I Was A King, they are from Norway, and you will like them. And no, they aren’t another Norwegian death metal band. King is the brainchild of Frode Strømstads, with Emil Nikolaisen on bass, drums, and co-production; Sufjan Stevens even makes a few guest appearances on this record. Needless to say, their newest self-titled release is my favorite album of 2009 thus far. Their single titled, "Norman Bleik" is out now via 7". More on I Was A King after the jump.
~Tara McCarthy (Stark Contributing Writer)


For the most part, Strømstads takes on failing relationships, new beginnings, nostalgia and grief in such a shy, quiet manner that one might expect a conversation with him to involve a lot of staring at the floor. However, some moments on this album are so affecting that you feel as if, quite in spite of himself, he’s staring right at you.

Since I’m piss poor at fitting bands into one or more “genres” (shoegaze? noise pop? dream rock?), and attempting to makes me feel sort of like I’m wingin’ it, I’ll throw a couple comparisons out there.

The Teenage Fanclub comparison is perhaps most obvious here, though I admit it took me two full listens to figure out why the hell the title track and single, “Norman Bleik”, sounded so familiar. My first instinctive comparison was to My Bloody Valentine; the vocal similarities are perhaps the most striking, but there’s a deeper resemblance too, especially in the muted noisiness of “Still.”

The album bears the distinctively wandering and milky feel of psychedelia, but ultimately satisfies with strong melodies and layered sounds. Noise is delivered in a most palatable package, wrapped in dreamy harmonies and spot-on production.
Dictated but not read by thestarkonline at 10:29 AM

Email ThisBlogThis!Share to TwitterShare to FacebookShare to Pinterest
Labels: I Was A King