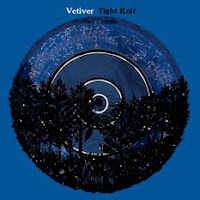 We are only Shortaking one album today; it just happens to be Vetiver's fourth album, Tight Knit. Andy Cabic & Co. teeter on perfection with this release. The album moves fluidly from each softly and masterfully crafted acoustic offering to the next. Certain albums, such as Fleet Foxes' 2008 debut, just feel elementally right; they are devoid of hiccups. They establish a mood and theme from song one, in Tight Knit's case, "Rolling Sea," and produce subtle variations with each tune thereafter. Vetiver have found the formula. Cabic's songwriting is safe, but intrinsic. From the ethereal "Down From Above," to the bouncing freshness of "On The Other Side," the album feels complete. Each song compliments the next in soothing fashion until the album's end. Best of 2009 lists?

Dictated but not read by thestarkonline at 12:50 PM