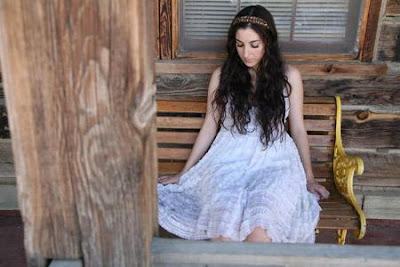 This morning, via the sometimes great Stereogum "'Gum Drop", comes a new track from Marrissa Nadler's upcoming record Little Hells (due March 3rd on Kemado.) This record seems to promise a more fleshed-out, full-band sound from Nadler, who is known for her introspective and largely acoustic ruminations. On her amazing last record, Songs III: Bird on the Water, she was backed by members of the more ethereal Espers, while on Little Hells the backing instrumentation features synths, drums, lap-steel and piano. We're not saying she's going to sound like AC/DC or anything here, just that this recording promises to be more crisp and focused than her previous outings. Either way, we're looking forward to it. Marissa Nadler also has a cool blog where she posts a lot of demos and home recordings. Check it out. You can read an excerpt of Stereogum's interview with Nadler after the jump.


How did you come up with a "River Of Dirt" as the central image in this song?

The imagery for the song was written stream of consciousness. It was the first song that I wrote when beginning to write Little Hells. To be honest, I wrote the song with a bottle of wine, sitting on my floor, and I had the melody that just wouldn't go away. I had the picking going and this droning guitar piece, and then the words arrived. I tried to just let them flow, without being intentional and without censoring any of the thoughts that were coming into my head. The meaning did not clearly present itself until months later. I knew it was more autobiographical, which was a goal for the record. It grew spinning like a wagon wheel, because of the jumping around of time and place. El Camino is a car I always dreamt of having, because I think they are sexy cars. But el Camino also means the road, or the path.

In the beginning of the song, there is a desire to return home, but to a home that doesn't exist. Words of a desire to revisit a lost place linger. There is an idealized sense in the first stanza that the protagonist, or "I", would run away with my first love and live this utterly romanticized version of a life together, birds chirping and all, like some freaking children's book. That doesn't happen in the song, didn't happen in real life, and very rarely does. I have stopped romanticizing that fairy tale happy ending that we are force fed in movies and books in our childhood, and the song slowly enters my interpretation of reality by each stanza. I still believe in love, am on the wagon and all, but that is not what the song is about.

Dictated but not read by StarkNY at 10:43 AM