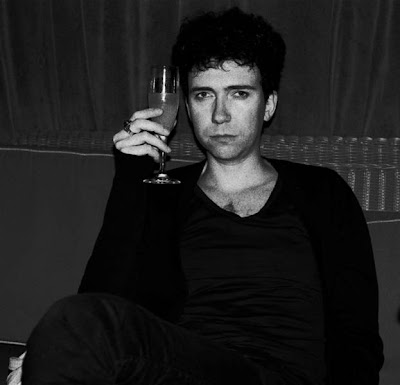 Sune Rose Wagner - "Beruset Og Forhadt" mp3
While The Raveonettes weren't busy releasing unfathomable amounts of Christmas music this year, they actually did write some regular songs, includings those that made up the great Lust, Lust, Lust. And somehow amidst his jam-packed 2008, male-half Sune Rose Wagner even found time to cut a solo album. The self-titled Sune Rose Wagner quietly hit stores yesterday, and we're bringing you an mp3 of the track "Bersuet Og Forhadt", a fuzzy slice of 60's pop. It's sung entirely in Danish, as is the rest of the album, and we're having blast trying to translate it via the powerful tool that is BabelFish. We haven't gotten very far, but we think he's singing something about hats. Dig it! Cover art and tracklist after the jump.