Dent May Tours with A.C. Newman 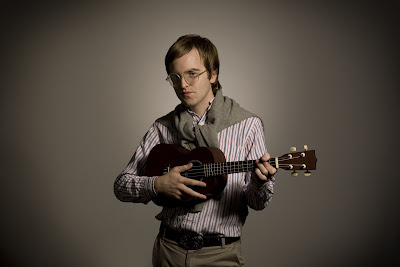 We love Dent May and his new record, but you already know that don't you? What you might NOT know is that we also love A.C. Newman -- that great songwriter with the red hair from the New Pornographers. Newman has a new record coming, Get Guilty on Jan. 20 via Matador. Dent May's record The Good Feeling Music of Dent May and his Magnificent Ukulele comes out Feb. 3 on Paw Tracks. Watch a great video for Dent May's tune "Oh Paris", and check out the A.C. Newman tour dates after the jump.

DENT MAY & HIS MAGNIFICENT UKULELE

Dictated but not read by StarkNY at 10:05 AM