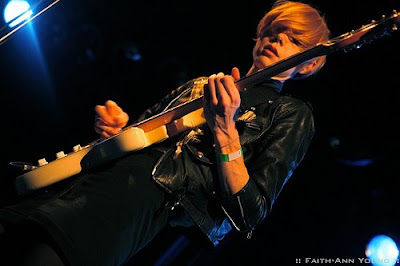 The buzz has been slowly building around Lissy Tullie for a few months now, and her set Monday night at Santos Party House proved that, not only was she good enough to justify it, but that said "buzz" was reaching new levels.

Lissy came on around midnight...
More photos and words after the jump. 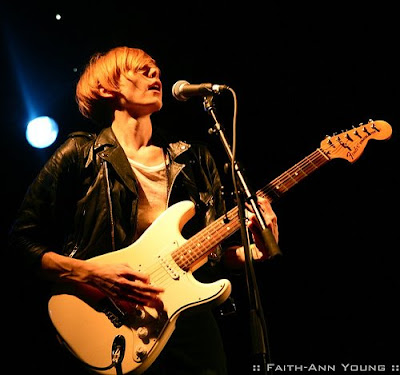 Openers, The Rumble Strips, hit around 11 p.m. Mark Ronson (who tickled the vinyl later) has already agreed to produce their next record, and it seems that that album will also come out on Ronson's label. While sporting a fantastic lead singer, the 'Strips didn't deliver as I had hoped. The bald keyboardist was a little freaky, and their horns... well, let's just say they were more LeRoi Moore (RIP) than Dap Kings.

Lissy came on around midnight to a packed house that contained Little Joy/Strokes drummer Fab Moretti and Britt Daniel from Spoon along with numerous Amazon looking women towering over a certain blogger (also in attendance.) Trullie played in a not wholly original style, channeling visions of downtown NY's rock past. Yet, there was something strikingly legitimate about it all. From her capable guitar playing, to her slightly-androgynous look and voice and well crafted songs...I kept saying to myself, "wow, she's really pulling it off!" And she did. She was just, well, cool. Her band was good and she put on a tight show.

Then Adam Green came out. Crowd surfed. And I didn't care.

Tullie is label-less, and record-less. Yet, according to a publicist, she has an EP due sometime in 2009. Based on Monday's performance at Santos, it's clear there is something good going on with Lissy Trullie -- it's only a matter of time before she assembles the right team and makes her entrance into the mainstream. Keep your eye out in 2009.

Go ahead music writers -- make your own Trullie/Truly puns. Whose gonna be the first?? Not us. 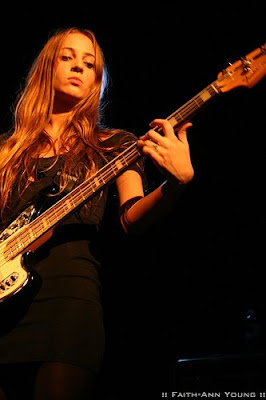 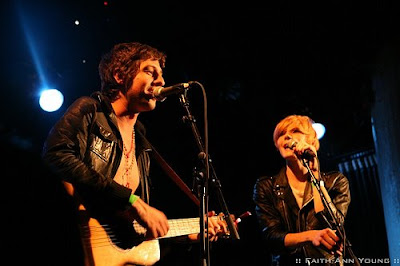 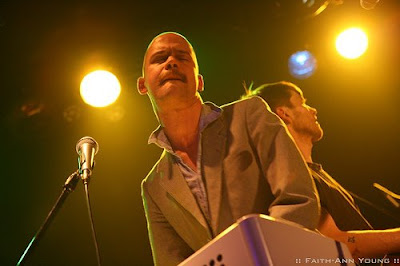 Dictated but not read by StarkNY at 4:01 PM