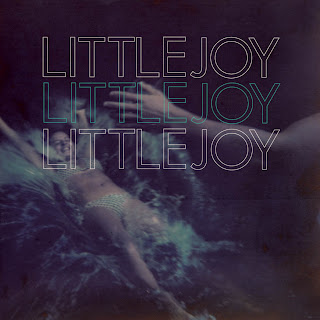 Little Joy - "Keep Me in Mind"
With several tracks that sound like one-time candidates for the Room On Fire tracklist, and lead vocals that bear startling resemblance to those of Strokes’ frontman Julian Casablancas, (or possibly a more chipper Jake Bellows... anyone?), Little Joy is nothing you haven’t heard before. Still, if you’re like me, that shouldn’t cheapen your enjoyment of this strong debut from Fabrizio Moretti of the Strokes, Binki Shapiro, and Rodrigo Amarante (singer/guitarist of Los Hermanos) --production by the talented Noah Georgeson (Devendra Banhart, Joanna Newsom,)
According to the band’s Myspace page, Amarante and Moretti met through a chance encounter at a Portuguese festival in Lisbon -- both kept in touch while Amarante recorded with Devendra Banhart a year later. Binki Shapiro, L.A. native and musician, was introduced to the two through mutual friends and Little Joy was born. If the Strokes are quintessentially New York, Little Joy is their Cali counterpart; warm, happy melodies abound as the album channels beach fun and bare feet. Still, it’s not an incongruous release for November, and even strictly seasonal listeners will be able to enjoy this one with snow on the ground. Shapiro’s vocals on several tracks add a 40s-vintage feel while simultaneously reminding you that this isn’t a Strokes record after all.
There are many different reasons to love a record. I happen to like this album for reasons completely opposite from those that compel me to love Animal Collective records (sorry Andrew). In other words, people who love to hate on an easy-to-love, pop-rock record (you know who you are) might find this album an easy target, but that’s lame. Little Joy isn’t innovating, they just refuse to fix what’s not broken, and there’s no shame in that.
Tara McCarthy—Stark Contributing Writer
Dictated but not read by StarkNY at 1:11 PM