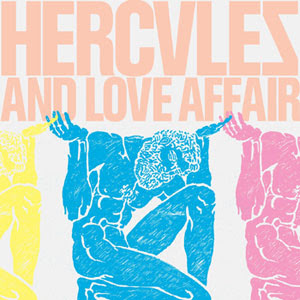 Just want to take this time to thank you, our loyal readers. Yesterday proved to be one of the best days Stark has had traffic-wise since its creation. Thanks and keep reading.

To the post at hand: Hercules and Love Affair just announced a North American fall tour. Dates and an excerpt from the press release continue below:

"Hercules and Love Affair announce their headlining North American fall tour in support of their smash self-titled album (out now on Mute/DFA). The band's performances have garnered universal acclaim for their seamless blend of traditional and electronic instruments and their ability to transform venues and festivals into uninhibited dance parties . The band's sets at Glastonbury, Sonar, and Pukkelpop were highlights of the European festival circuit this year. The North American tour includes dates with Mos Def (San Francisco), The B-52s and James Murphy (NYC). "

Dictated but not read by thestarkonline at 3:45 PM