Short Takes is a new feature on Stark, allowing our writers to review several albums at once, neatly summing up their thoughts and feelings in the matter of one paragraph. Complete with mp3's! 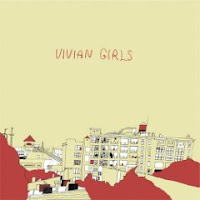 Joining label-mates Cheap Time, Jay Reatard and King Khan, the Vivian Girls add another addition to the amazing crop of lo-fi punk infused rock released in 2008. Whereas the former artists' music comes off aggressive and in your face, the Vivian Girls' songs have a bouncy melodic nature to them, making them sound more like tiny pop nuggets rather than charging punk-rock. This is no way detracts from their rock cred or badassness. Remember, Elvis Costello and Talking Heads were once considered punk. These three women just happen to write fantastically melodic and catchy songs. These melodies are often hidden beneath their lovely fuzzed-out guitars and straight ahead drum beats. Yet, the Vivian Girls debut record says something about the nature of what is considered punk or rock music. These genres do not always demand lightning quick tempos and sex pistols-esqe lyrics. At times it is the short, pleasing, and highly satisfying albums that sound the most original and do the most to advance these genres.

After this Ann Arbor, Michigan's 2006 record Clouded Staircase fell into the hands of Guided by Voices band member Bob Pollard, things began to move fast. They were signed to the big name indie label Bar/None who re-released their 2006 effort this August. Clouded Staircase is quite a pleasant listen in spots and clearly this band has much to offer. While their intention was clearly to channel the psychedelic and lush baroque pop of the 60s and 70s, they achieve this goal to a fault. The songs come off calculated and safe in most parts. Their upbeat, jangely, California pop certainly makes for an enjoyable listen, but it does little to challenge the listener with anything new or original. Clearly Starling Electric has promise, and Clouded Staircase is a solid record, but the band must cut its ties to the past and channel these vintage sounds their through own filter rather than merely set out to emulate them. 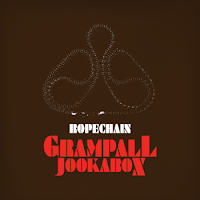 Grampall Jookabox, despite the horrible name, offers up a distorted bass-heavy mash of hip-hop and psychedelic rock. Yet unlike the above review, this psychedelia comes from an authentic sounding haze of trashed guitar and bass sounds with lyrics that touch upon paranormal experiences, walking on mountain tops and madness. On “Let’s Go Mad Together” he sings: "Let’s accept madness together / I need a partner in crime / I am too weary to fight it, honey /And it could be a good time." There's something modern and visceral happening on this album that sounds original and spontaneous. While perhaps not an everyday listen, the opener "Black Girls" the single "The Girl Ain't Preggers" alongside the lyrics and bass driven beats make Ropechain worth the price of admission. 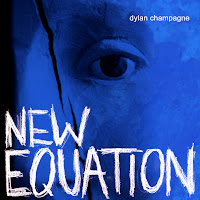 Dylan Champagne "From Here to There" - mp3
Dylan Champagne "Junk Parts" - mp3
The title of this gentle and melancholic record could perhaps reference Champagne's defection from San Francisco math rocker to a quiet acoustic guitar wielding songwriter recording in a basement in Oakland, California. These sparse songs backed by brushed drums and, at times, strings seem like the perfect soundtrack to those fog enshrouded winter days spent on the bay. For all of the record's aesthetic accolades its failings come at the hands of Champagne's voice, which is average at best and his songwriting which needs refinement and development. Often it's these records that prove most frustrating for listeners. Every aspect is there to make it a truly worthwhile and reliable purchase. You want to love it so much. Yet, ultimately its weaknesses erect some sort of subconscious barrier and it stays on your shelf for weeks. While New Equation never leaves you with a bad taste, there is nothing there that keeps you coming back.

Dictated but not read by StarkNY at 5:54 PM