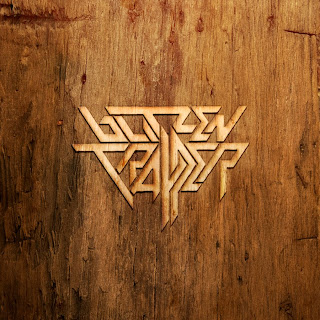 
Blitzen Trapper - "Furr" - mp3
There is something Nashvillian going on here. Although recorded in the same old telegraph building in downtown Portland as previous Blitzen Trapper records, Furr seems further removed from the Northwest… Perhaps the Tennessee feel stems from the weathered, seemingly vaudeville-era piano (equipped with missing keys,) on which Eric Earley chose to write the majority of the album. Furr’s capoed-acoustic guitars, layered vocals, and naturally jangled piano lines touch southern roots, even more so than its predecessor Wild Mountain Nation might have.

Album opener, "Sleepytime in the Western World," provides the listener with a glimpse of what's to come: there are going to be richer harmonies, super catchy choruses, Al Kooper-style organ parts, shredding guitar solos and mellowed-out acoustic guitar accompaniments.

Track two, "Gold for Bread," is similar in song construction to that of "Sleepytime," but falls short, seeming to serve only as a buffer for the title track to follow.

"Furr" is highly repeatable and long lasting in its simplicity. The aforementioned capoed guitar and dual vocals provide a full, yet eerily lonesome soundscape, ripe for instrumental proliferation. Drums join the low hum of a harmonica laid atop ominous jungle sounds as the song creeps to a climax, but recedes before ever reaching one. The tune speaks of the self-maturation process with religious overtones, incorporating lines such as, "on the day that I turned 23/I was curled up underneath a dogwood tree/when suddenly a girl with skin the color of a pearl/wandered aimlessly, but she didn't seem to see/she was listenin' for the angels just like me."

Masterful in its creation, "Furr" exhibits the delicate side of an album that truly ebbs and flows, flirting with Americana-folk, indie-rock, and pop labels.

More on Furr after the jump...

The album's only fault may be its lack of cohesion from song-to-song -- although some may see this as a positive. There is no doubt that the tunes on Furr are eclectic and well thought out.

Album highlights, "God & Suicide" and "Saturday Nite" are the most pop laden songs, combining driven-drum beats, subtle electronic sounds, vamped guitars and that all important "hook" chorus. Elements of The Kinks, Dr. Dog, and Beck are evident on these tunes.

Blitzen prove they can also produce piano balladry and the vocals to match: “Not Your Lover" and "Echo/Always On/EZ Con" are both examples of such.

Furr sounds like a band's fourth album should -- with their niche already established, this West Coast sextet settled in -- they found their comfort zone. Here, Blitzen Trapper's songwriting formula is only more refined, where each song serves as a new chapter ultimately leaving listeners wondering, 'what comes next?'
Dictated but not read by thestarkonline at 1:00 PM