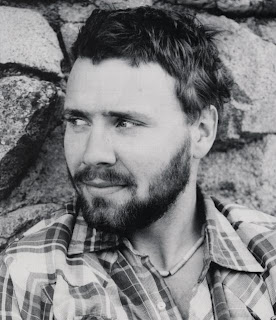 Kreg Viesselman - MYSPACE
Everyone has that guy at work who's in a band. After work, the office packs up for his 7:00pm time-slot, has a few beers and generally enjoys the novelty of watching Rob the sales guy ply his craft on the stage. Yet musically, 9 times out of 10, you'd be better off at home with a glass of wine suffering through that Tyler Ramsey record again.

That is, unless your co-worker happens to be Kreg Viesselman.

I had the privilege of working with Kreg in the summer of 2004. Yet, stupidly following the thought process behind the story above, I ignored everyone telling me how amazing Kreg was. Regrettably, because of that, I never really got to know Kreg, nor have I ever seen him live. At the end of the summer, I traded him my college band's CD straight-up for his record. Wow, did he get a raw deal. 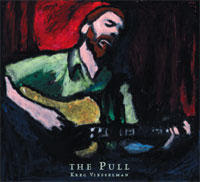 Kreg's self-titled debut blew me away as did his more mature follow up The Pull (Red Kite/2006). For a 28-year-old, his voice is rugged, mature and weathered well beyond his years. He calls himself an "American Songwriter." Ok. But really, he's more than that. His true talent comes from his ability to internalize his influences. Sure there is some blue-eyed Joe Cocker-soul in there. There's also some Woody, a little Bob, and yeah - a little Bruce. A great artist such as Kreg can draw from their musical past and still sound distinctly unique. He can write songs of amazing caliber about anything from share-croppers, lost love, and raccoons, to Saturday nights, sleeping on floors, the Northstar and the Drinking Gourd.

Kreg lives in Norway right now. He hasn't played the US, to the best of my knowledge, in many years. At the moment he's working on songs for his next record. His albums are available through all the usual avenues. Highly recommended. Kreg, if this pops up in your Google alert tomorrow - head back to the US - it's time.
And folks, maybe give Rob the sales guy a chance when he plays the next open mic.
AMAZON

Dictated but not read by StarkNY at 9:37 PM