Zambri - Bowery Ballroom and Maxwell's w/ Does it Offend You, Yeah? 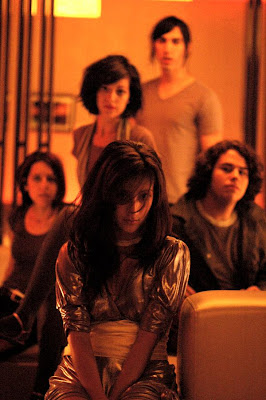 Zambri - MYSPACE
Maybe it's because we've been spinning some old P.J Harvey records around here as of late. But, the bass and keyboard driven tunes of New York-based band Zambri recall some of the punk-infused female vocals and anxt found on those early Harvey records. Throw in some catchy pop hooks and some drums hinting at dance rhythms and you get the unique feel that Zambri brings to their music. The duel vocal attack of Jessica and Christi Jo gives Zambri's tunes a frantic feel (a good thing here,) and coupled with their dark overtones, grunge-style guitar overdrive and manic keyboard lines, it's pretty much a sure bet that Zambri will provide a damn good live show. (Youtube videos back up this claim.)

Zambri have just returned from Montreal where they did it up Arcade Fire style, recording their new record in a Canadian church. Zambri's self-titled EP is available now.

They play Saturday night at the Bowery Ballroom with Does it Offend You, Yeah? More tour dates below.

Email ThisBlogThis!Share to TwitterShare to FacebookShare to Pinterest
Labels: Bowery Ballroom, Does It Offend You, P.J. Harvey, Yeah?, Zambri