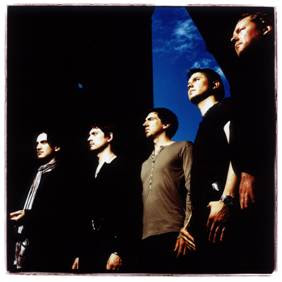 This just in from Universal:

The album is preceded by the fantastic single “Take Back The City”, which comes with a video shot in East London courtesy of acclaimed video director Alex Courtes (White Stripes “Seven Nation Army”).

Snow Patrol are one of the biggest selling UK bands this decade and A Hundred Million Suns follows up the 2006 Number One, seven-times platinum phenomenon Eyes Open which sold 2.1 million copies in the UK and over 1 million in the US. Eyes Open achieved platinum awards across the world from the US and Canada to Germany, Australia and beyond, selling over 4.5 million copies. Their single “Chasing Cars” has just received its 2 millionth download in the US.
http://www.snowpatrol.com/
www.myspace.com/snowpatrol "

Dictated but not read by thestarkonline at 1:59 PM